Methods for suppressing your menstrual cycle

Women can successfully and safely suppress menstruation over a period of time by using certain oral or injectable contraceptives continuously or with some intrauterine devices (IUD) or implants. They now have more menstrual cycles (over a longer span of years) than in previous times due to changes in nutrition, physical activity, childbearing, and breastfeeding patterns. Now many women, particularly those who are deployed, want to suppress menstruation because it can be inconvenient, burdensome, and even unhygienic in austere environments. As more women are deployed to combat zones, it’s important to be aware of all available options when it comes to reproductive health, especially menstruation suppression.

Many statements about menstrual suppression haven’t been substantiated by scientific evidence and are discussed further below. These include:

Women can effectively suppress menstruation over a period of time by continuously using certain contraceptive pills, patches, vaginal rings, IUDs, and injections. That means skipping your placebo or non-treatment weeks of oral contraceptives during which menstruation would normally occur or with a device or injection.

In the past, women have taken traditional oral contraceptive agents (OCAs), or birth control pills, and skipped placebo weeks or pills in order to skip their periods for various reasons such as vacations, sporting events, or deployment. Depending on the form of birth control you choose, this still can be an effective method for menstrual suppression.

The Food and Drug Administration (FDA) has approved specific birth control pills to suppress menstruation. These extended-cycle pills (for example, Seasonale® and Seasonique®) are typically 91-day cycles (84 active hormone pills followed by 7 days of placebo pills), where a woman would get her period about once every 3 months. Those who don’t want to skip periods but desire shorter menses and lighter flow can use other pills such as Loestrin® 24 Fe and Mircette®.

In order to work effectively, you ideally would take the pill at the same time every day. This can be challenging in theater and throughout your deployment, especially if there are changes in time zones. In addition, most oral contraceptives are prescribed for 3 months at a time, which can present other challenges to access if your deployment is longer than 3 months.

Alternatively, transdermal patches (not recommended for use in hot environments), vaginal rings, IUDs, and injections don’t require daily consumption. Transdermal patches are small square patches that stick to your skin and release enough hormones to last one week. The typical cycle includes applying one patch per week for 3 weeks or continuously to achieve menstrual suppression. The patch isn’t recommended for use in heat and humidity because increased sweating might affect its adhesive properties. Some brands, such as Ortho Evra®, have been discontinued in the U.S., although generic versions still might be available.

A woman typically wears a vaginal ring (NuvaRing®) for 21 days at a time, whereby menstruation occurs when it’s removed for the last week of the month. You can easily insert and remove vaginal rings, and they must be replaced each month. However, it’s important to ensure you have a clean and hygienic environment for insertion and removal, which can be challenging in theater.

You also can use injectable hormonal contraceptives, such as Depo-Provera®, to suppress menstruation. However, they must be administered by a medical professional every 3 months.

Still, you can use the patch and ring, like OCAs, for an extended regimen to suppress menstruation and shorten bleeding duration.

IUDs have become a more popular form of birth control and also might cause menstrual suppression or lighter and shorter periods. They’re small “T-” or “7-” shaped devices that are placed in the uterus (by a medical professional) and highly effective for preventing pregnancy for up to 10 years. They’re easily reversible too. Many women who use hormonal IUDs (instead of non-hormonal or copper IUDs) also experience light or no periods after 3–6 months.

Scientific research doesn’t support some of the myths regarding menstrual suppression. First, although anecdotal evidence suggests that monophasic OCAs are better than triphasic pills for menstrual suppression, some evidence suggests that triphasic pills are just as effective, with few adverse reactions. Still, further research is needed. Second, some believe that continuous use of contraceptives causes the lining of your uterus (endometrium) to continually build up in an unsafe manner. However, scientific evidence suggests that continuous exposure of the endometrium to progesterone/progestin might actually restrain endometrial buildup, which could help reduce your long-term risk of endometrial cancer. Many of these contraceptives, by suppressing menstruation, also prevent or relieve cycle-related, premenstrual syndrome (PMS) symptoms, including headache, irritability, anxiety, and depression. It’s believed that this effect occurs because the amount of hormones in the body is balanced and kept constant.

It’s especially important to consult your healthcare provider before using any type of contraception for menstrual suppression. General and serious side effects can occur from contraceptive use based on your individual health history. General side effects include bloating, nausea, and irregular bleeding. Serious adverse events are less common, but they can include blood clots, heart attack, stroke, high blood pressure, other heart diseases, certain cancers, liver disease, gallbladder disease, and defects in carbohydrate and lipid metabolism. These risks are higher among women who smoke and/or are over the age of 35. If used correctly, menstrual suppression methods can prevent pregnancy, but they don’t protect against sexually transmitted diseases or human immunodeficiency virus (HIV) infection. Other common side effects can include breakthrough bleeding or spotting, especially when you start a new form of birth control.

Menstruation doesn’t preclude exceptional performance in theatre, but regular menstruation can be problematic for deployed military women stationed in austere environments. So education on safe and effective ways to reduce or suppress menstruation is of military significance, and it promotes readiness. Contraceptive use also might be of military importance because it improves conditions associated with menstruation—such as menstrual pain and migraine, PMS, ovarian cysts, pelvic pain, and endometriosis—that could translate into reduced or lost duty days. It also reduces the risk of debilitating conditions that could require evacuation from theater.

Many women, especially deployed Warfighters, can safely manage their menstrual cycles when they desire to do so. However, it’s important to be mindful of the advantages and disadvantages of the various methods when deciding which best fits your lifestyle and physical conditions. Make sure to consult with your healthcare professional before beginning any regimen. To learn more about various forms of contraception, visit the Centers for Disease Control and Prevention web page. 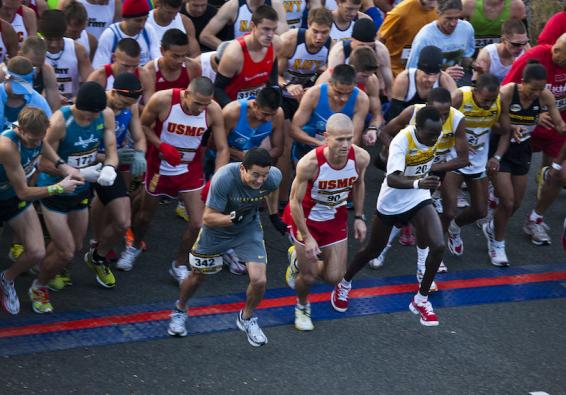 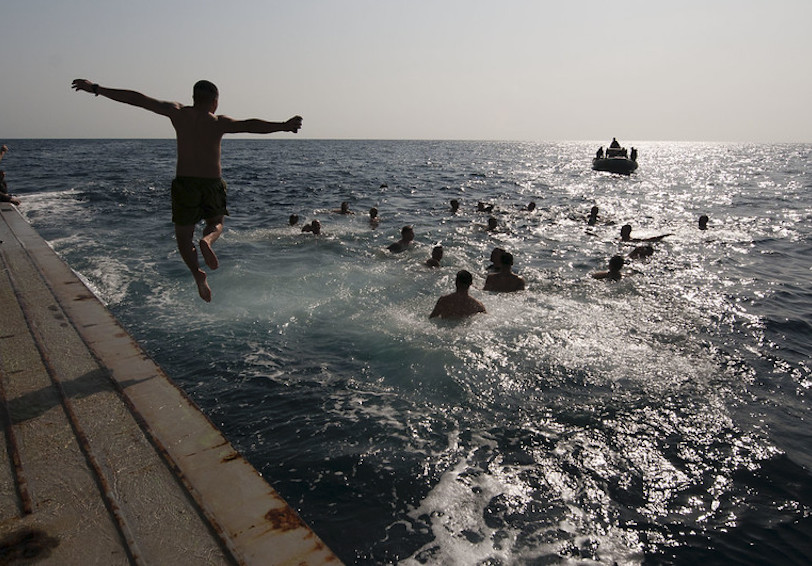 Regular physical activity is important for health and performanceDo you get enough exercise? Do you perform 150 minutes of moderate-intensity physical…Article