Walk 10,000 steps a day to improve fitness and military wellness

There are countless fitness challenges centered on walking 10,000 steps every day. But where did that come from? Originally, it didn’t come from science. The 10,000-steps guideline can actually be traced back to a 1960s Japanese marketing campaign for pedometers. Since then, however, science has started to support what was initially a sales promo.

The U.S. Department of Health and Human Services recommends that Americans aim to complete 150 minutes of moderate-intensity physical activity each week, which works out to 30 minutes, 5 days a week. On average, Americans walk between 5,000 and 7,000 steps per day. It’s also estimated that a person takes about 3,000 steps during a brisk 30-minute walk that would meet the goal of moderate intensity. This is one of the reasons the 10,000-step count has stuck around. Adding an additional 3,000 steps during a 30-minute walk gets most people closer to that goal and increases physical activity to levels that have health benefits.

Even for people who don’t meet their daily goal of 10,000 steps, the effort to get there is a good start. Any additional activity is better than nothing! As you get closer to that 10K marker—and the 30-minute physical activity goal—you’ll start to see changes in your health, even if you aren’t hitting 150 minutes per week.

The 10,000-step goal requires a balance of quality and quantity. It’s a marker of being physically active, but isn’t necessarily a sign that your activity is intense enough.

The 10,000-step goal is a means to get more active. For those who are sedentary and normally walk fewer than 5,000 steps a day, hitting the 10K mark will be hard at first. Aiming to increase daily step counts by 2,000–3,000 steps a day is reasonable and will be a great start for a few weeks to months. Over time, that 10K milestone becomes much more achievable.

For those who do hit the 10K-step count, it’s possible that they’re active enough to meet the physical activity recommendations. It’s also possible that it’s coming through light activity, and they aren’t getting their heart rate up enough to be considered moderate intensity. Again, any activity is better than none, but the physical benefits won’t be as pronounced if you aren’t getting the intensity up enough.

Keep in mind the 10,000-step goal is not a milestone of health. For example, those who might delay going to bed so they can walk around the house—to “check the step box”—are acting more to the letter of the rule than the spirit of it. Doing so can lead you to neglect other aspects of fitness like getting enough sleep or better spending your time preparing nutritious meals. Rather than cramming in a few extra light-intensity steps at the end of the day, try to take a quick 10-minute walk earlier. This will get you another 1,000 steps or so, but at a higher intensity—and it won’t interfere with your sleep habits. Remember, it’s OK to fall a little short of your goal. What you really want is to increase your step count over your normal day-to-day count.

The 10,000-step goal requires a balance of quality and quantity. It’s a marker of being physically active, but isn’t necessarily a sign that your activity is intense enough. Finally, don’t sacrifice other domains of Total Force Fitness to reach your goal. A holistic 8,000 steps will have you better off than a sleep-deprived 10,000. 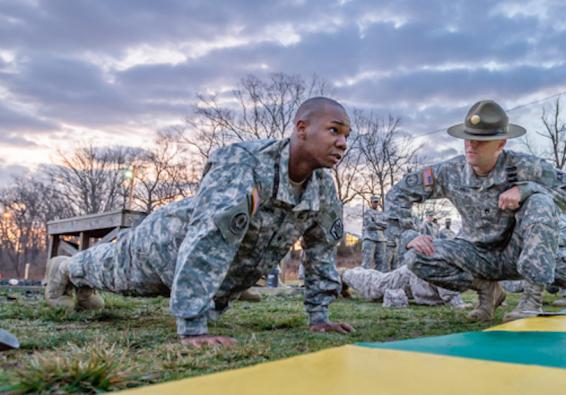 Military workout: Core strength 101Why is core strength important? The core is more than just your abs. It refers to all…Infographic 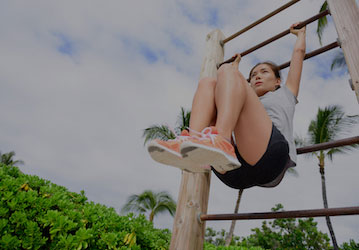 The core: A foundation of movement for military fitnessYour core’s primary function is to stabilize your spine and hips. This stability provides…Article