When you understand cohesion—what it is and what it isn’t—you can build stronger connections with the members of your unit. Social cohesion—the nature of the bonds between team members—is a measure of military performance, combat motivation, and social support. Strong bonds can help Military Service Members cope better with stressful events, depression, and trauma. But “cohesion” also can mean different things depending on the type of team or group you’re part of. Debunking the common myths of social cohesion can help you learn what it really takes to build a stronger team.

Myth 1: To be a cohesive team, everyone must be similar.

Fact: A cohesive team can be made up of diverse individuals with different backgrounds, experiences, beliefs, and values. You don’t have to be exactly like your unit members to achieve cohesion. In fact, sharing varied perspectives and making the most of different talents can improve your ability to problem solve and help make your team even stronger.

Myth 2: Spending lots of time together will naturally keep the team unified.

Fact: While it’s true lots of time together in close quarters gives plenty of opportunity to get closer to your unit members, developing team cohesion takes much more than that. Cohesion comes when you actively engage in meaningful conversations and make the most of chances to build trust. Just as with close personal relationships, it takes intentional effort to create the genuine connections that can help your unit function effectively.

Myth 3: Hazing will bring us closer together.

Fact: “Hazing”—or taking part in initiation rituals that cause physical or psychological harm—doesn’t help bonding or team unity in military settings. Although ceremonies and rites of passage are important parts of military tradition, hazing can drive away even strong and bright team members. Participating in positive team-building activities creates much more team cohesion than hazing.

What builds social and team cohesion

Now that you know what social and team cohesion is not, here are some things you can focus on to build stronger cohesion in your unit:

Social and team cohesion are important factors in optimizing your well-being and performance. Think about how cohesive your team and unit are and how connected you feel to those around you. The more supportive, cooperative, and committed you are to your unit members and your work, the stronger you and your team can be.

HPRC’s #GotMySix campaign encourages you to think about your connection to others and how their support makes a difference in your life. Join the campaign by posting a message on social media about the support and cohesion within your team or unit, and include #GotMySix in your post. 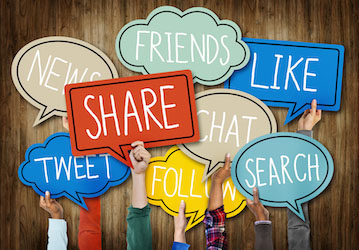 Fraternization, dating, and sex in your unit: How close is too close?As many Military Service Members know, relationships with your teammates are a key…Article