Between 8 and 12 million people in the U.S., or about three to four percent, suffer from eating disorders. Although eating disorders can affect both males and females of all racial and ethnic groups, Caucasian females are more likely to have an eating disorder than other groups. Research based on surveys of active-duty military members suggests that as many as 10% of service members may have eating disorders—much higher than the general population. It could be that military members are as weight conscious as elite athletes and others engaged in physical activities where a thin or low-body-fat physique is emphasized, such as gymnastics, wrestling, ballet dancing, and running.

Eating disorders can have major nutrition-related health consequences, some of which can be life threatening. People with eating disorders often have strange eating patterns and can have a distorted view of their body shape. Most eating disorders show up during the teen years, but they can appear at any time, even in old age. Eating disorders can be triggered by a number of causes, including genetic, biological, behavioral, emotional, psychological, and social factors. The most common eating disorders are anorexia nervosa (AN), bulimia nervosa (BN), and a large group of disorders referred to as Eating Disorders Not Otherwise Specified (EDNOS).

A person with AN typically refuses to maintain a healthy weight (through self-starvation) and often has a distorted view of his or her body shape. On the other hand, a person with BN typically practices binge eating (eating a lot at one time) followed by self-induced vomiting or “purging.” Such people often have an overwhelming fear of getting fat. While a person with AN will usually be very thin, a person with bulimia nervosa could be normal body weight, slightly heavy, or slightly thin.

EDNOS are the most common eating disorders, and people with EDNOS often show many of the same behaviors seen in both AN and BN. (The most common EDNOS is binge eating followed by feelings of guilt and loss of control about eating.) EDNOS are just as serious as other eating disorders and are often harder to treat.

A type of EDNOS that is fairly common among athletes and military members is “body-centric” thinking. Body-centric people tend to be obsessed with their diet, exercise, and physical appearance. They often talk about wanting to be either very thin or very muscular. A popular term for wanting to be very muscular is “bigorexia.” People with bigorexia are often “gym rats”—they tend to over-train (even when injured), stick to a strict diet, and may use steroids or dietary supplements to build bigger muscles.

Some surveys of service members suggest that military personnel may be at high risk for developing what is often called “disordered eating” due to a combination of pressure to reach and maintain peak physical condition along with the mental and emotional stress encountered during deployments and combat. The body-fat standards imposed by the military may cause some military members to engage in unhealthy eating behaviors.

Having an eating disorder carries many health risks. For instance, people with eating disorders don’t get enough carbohydrates, protein, fats (such as the omega-3 fatty acids), vitamins, and minerals. Without these key nutrients, the body’s reflexes, strength, and endurance suffer, and it is harder for the body to recover from injuries. It’s also common to have imbalances in the body’s electrolyte levels, especially potassium. Low potassium can cause an irregular heartbeat and can make a person feel tired. Having an eating disorder makes it more likely a person will develop other physical and mental illnesses, including heart problems, fatigue, stress fractures, and depression.

One serious consequence of eating disorders among female military members is the female athlete triad, a condition in which a person has disordered eating, irregular menstrual periods, and low bone density. Female service members who show symptoms of the female athlete triad can be at risk for both short-term (low energy, poor performance, and stress fractures) and long-term (infertility and osteoporosis/“brittle bones”) health problems. These are issues that can be easily diagnosed by healthcare providers, although treatment can be challenging.

The diagnosis and treatment of eating disorders are complex. Knowing the risks and working together with a team of healthcare providers are essential. Visit the Military OneSource web page for additional resources on healthcare services and benefits. 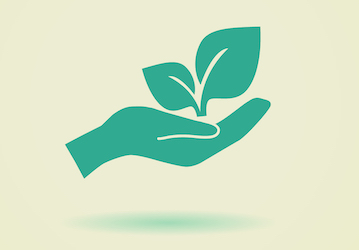 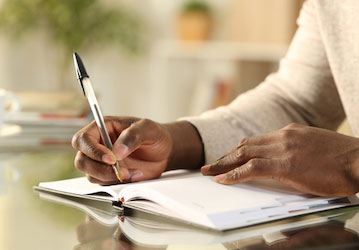