In the last few years, the Army, Marine Corps, and Air Force started conducting job-specific physical fitness tests that use the same standards for both men and women. The change was made in an effort to maximize deployability, reduce training costs, and ensure all Military Service Members can perform at their best.

The Army currently uses the Occupational Physical Assessment Test. The Marines have MOS Specific Physical Standards (MSPS). The Air Force has Tier 2 Physical Standards. The idea is to identify members early in their careers who will be physically able to perform the intense physical requirements of ground combat arms (GCA) jobs.

The OPAT is a series of 4 tests, given only in Initial Entry Training (IET) or if a Soldier wants to reclassify MOS into a more physically demaning one, which assess muscular strength and power, and cardiorespiratory endurance. The OPAT consists of a standing long jump, seated power throw, 1-rep max deadlift, and an aerobic interval run. Performance on the OPAT is graded as black, gray, and gold, and qualifies you for MOS categories with physical demands rated as heavy, significant, and moderate. Performance below the gold standard, white, is considered an unqualifying performance.

Recruits need to take the OPAT within the first 90 days of IET. For prior-service Soldiers who entered IET before 27 Dec 2016, you’re automatically given the highest performance category for your MOS without having to take the test. For example, 31A Military Police Soldiers are automatically granted a gray physical performance level because the 31A physical performance category is “significant.” You only need to take the OPAT and earn a black-level score if you want to reclassify MOS into a “heavy” physically demanding MOS such as 11A Infantry. Find more info about the OPAT in SMOM 17-041. 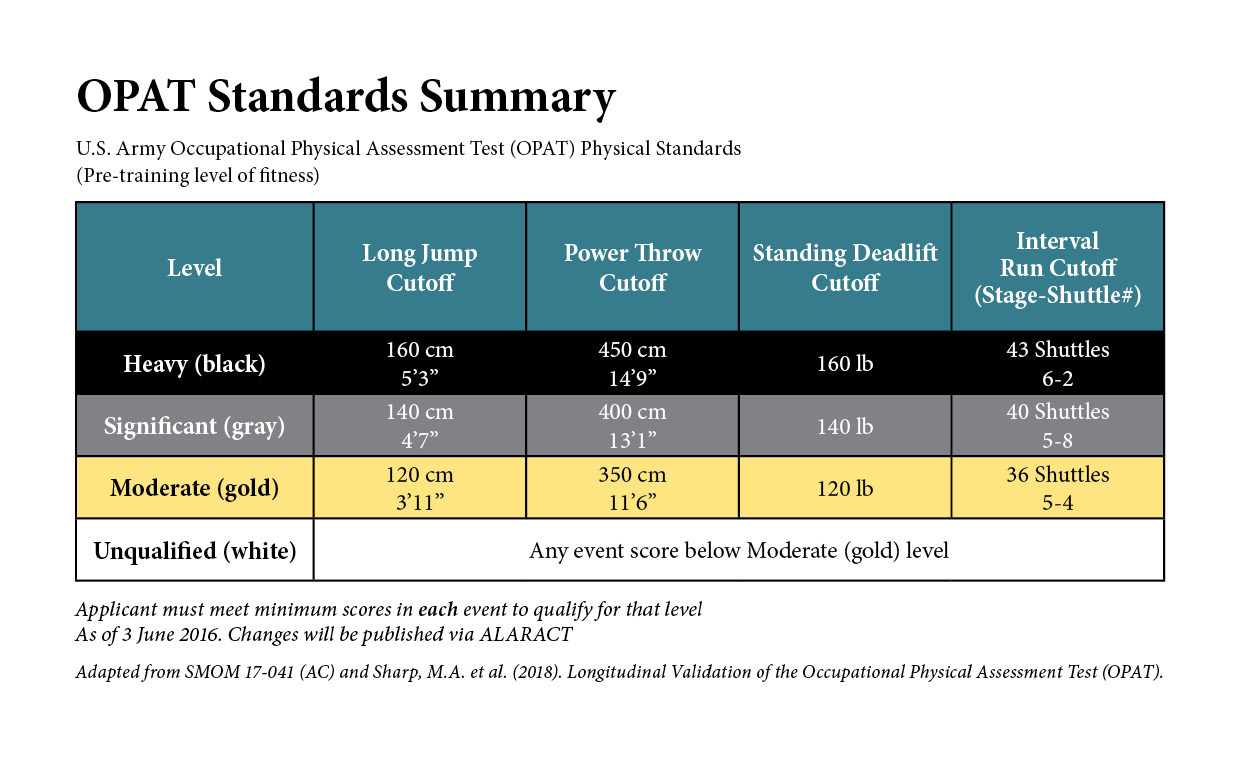 Like the Army’s OPAT, the MSPS is a set of tests that assess muscular strength and power. The MSPS is only given to Marines at the Schools of Infantry at Camps Geiger or Pendleton, or to those who want to change to a GCA MOS, with a different battery of tests depending on what job you want to do. For example, one of the 0311 Infantryman tests is to breach a door with a battering ram. Since a 0313 LAR Crewman likely won’t ever have to breach a door, it isn’t one of the 0313 MSPS tests. Visit the Marine Corps Physical Fitness website for more information about the MSPS. See the MSPS checklists and the NAVMC 3500 (series) Training and Readiness manuals for your MOS for specific details.

The USAF tests battlefield Airmen on the Tier 2 physical standards every year to make sure they have the fitness levels the need to do their jobs. The tests measure muscular strength, endurance and power, and cardiorespiratory endurance. The Tier 2 tests are new, so only the standards for Air Liaison Officer (ALO; 13L) and Tactical Air Control Party (TACP; 1C4) Airmen are currently available on the Air Force Fitness Program website. The Combat Control, Combat Rescue Officer, Pararescue, Special Tactics Officer, Survival Evasion Resistance Escape, Special Operations Weather Officer, and Special Operations Weather Technician AFSCs are currently exempt from the Tier 1 physical tests (run, push-ups, and sit-ups). However, they still need to have abdominal circumference measurements taken.

Even though the specific tests for GCA-MOS/AFSCs vary by Service and job, they all test muscular strength, endurance, and power in some way. Learn to train in these fitness areas with the Foundational Movement Series. If you have a question about how to prepare for a specific event, submit an Ask the Expert question with your MOS/AFSC and the tests you’re preparing for and we will provide some tips. To help make sure you’re at peak performance, try to get enough sleep the night before. And good luck! 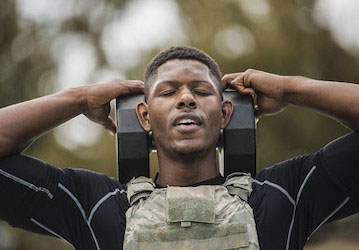 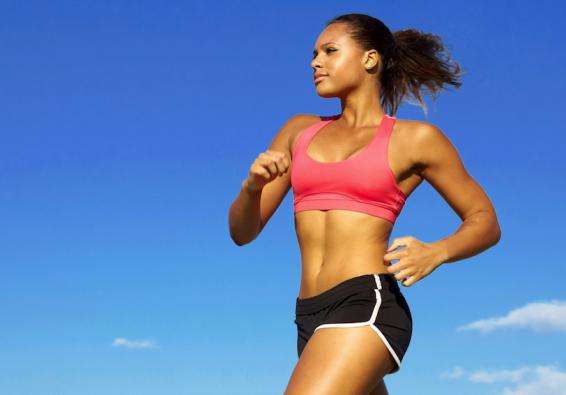