How to prevent injuries

Musculoskeletal injuries are an enormous problem for the U.S. military. They’re a top cause of lost duty time and the number one reason for medical evacuation from theater during Operations Iraqi and Enduring Freedom. One might think they happen most during military training or operations, but after basic training, most injuries to active-duty Military Service Members actually happen during physical training and recreational activity. If you’ve already experienced a sprained ankle, stress fracture, or similar injury, you’re at increased risk of getting injured again, so it’s important to know how to prevent it from happening.

Successful injury prevention programs—or “risk mitigation programs” as they’re starting to be known as—all share one common theme. They train what’s called neuromuscular control, or how to perform an exercise like a body squat slowly and with control. The name of the game in injury prevention is quality of exercise, not quantity. It’s more important to squat well than squat 500 pounds poorly. There isn’t a “best” injury prevention program that’s more effective than others, but there are a few exercises that are included in most because they efficiently and effectively train neuromuscular control.

How much is enough?

Experts don’t know exactly how much neuromuscular control exercise is needed to prevent injury. Some studies show you don’t need to dedicate a full workout to it though! Most injury prevention programs are designed to include a 5–10 minute warm-up before your workout, and doing that about 3 days per week seems to be effective. You also can help reduce your risk of injury by doing a set or two each of squats, lunges, balance exercises, and some core stability exercises every time you work out, run, or play sports.

Is it guaranteed to work?

In short, no. The reason injury prevention programs are now better described as “risk mitigation programs” is because they’re actually designed to reduce the injury risk for a group of people, rather than prevent injury in an individual. Basically, the way it works is that experts know implementing an injury risk mitigation program in a group, such as a football team, can prevent some injuries each year. But they don’t know whose injuries because there’s no way to predict who will get hurt.

So that means when you do the program correctly and with good form, you can’t say for sure you won’t get injured—only that you’re reducing your risk of injury. Still, any risk reduction is better than no risk reduction. 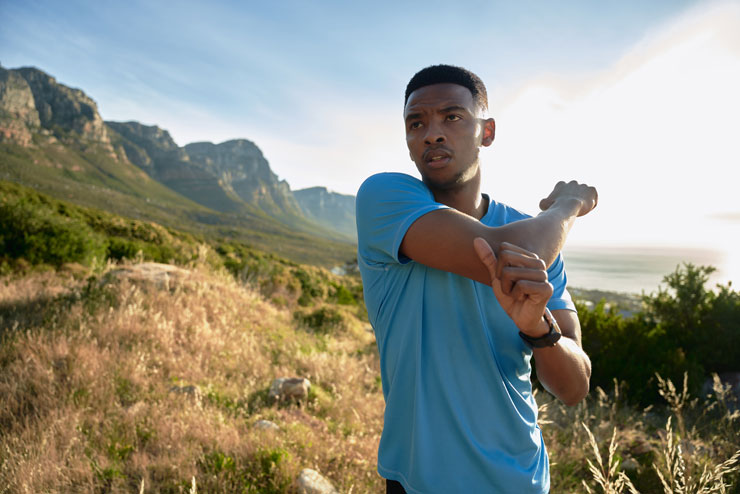 Maintain your fitness on deploymentGetting fit or staying fit on deployment can be a challenging task. For some, working out…Article