Until death do you part: 5 ways marriage can affect well-being

Marriage is about coming together with your partner in hopes of staying committed for a lifetime. It’s also the process of formalizing your partnership legally and in the eyes of your community. With couples increasingly delaying (or even avoiding) marriage, it’s normal to weigh the pros and cons of walking down the aisle. On one hand, commitment is a source of fulfillment and stability, but it can sometimes be a source of conflict and frustration. It’s also normal to wonder what will change between you and your partner after the wedding is over and the paperwork is signed. The answer is different for everyone, but it’s likely you’ll experience some adjustments if you and your partner decide to legally tie the knot.

1. Healthy marriages are linked to longevity.

Married people live longer and healthier lives vs. those who never marry, separated or divorced couples, and even couples who live together. Mutually satisfying, healthy marriages grounded in good communication and effective problem-solving skills seem to enhance both men’s and women’s health overall. This includes improved physical performance and even better physical capability to do simple everyday tasks. The exact reason why this is true isn’t crystal clear, but it might be related to some other facts of married life. For example, married people tend to take fewer risks and engage in less risky behavior (such as consuming alcohol or drugs) than their unmarried counterparts. It might also be that spouses take care of one another, monitor each other’s behaviors, keep each other in check, and care for each other during times of illness. Or it might be that healthier people just tend to get married more than unhealthy people.

Though married couples seem to have better overall health, both men and women do tend to gain weight after they say “I do.” It might be that once people feel secure in their relationship, they focus less on physical appearance or relax their diet and exercise behaviors. It might also be that married couples tend to have more obligations or formality around meals together—which can sometimes mean eating more or more often—than they would alone. So it’s important to make healthy nutrition habits a part of your relationship rather than let them go.

Though specifics can vary by state, you and your partner’s credits and debts (and responsibility for them) will become linked once you file your marriage paperwork. And while married couples earn higher incomes and do better financially, it might not always be smooth sailing. For many, weddings—and divorces— can be costly. Ending your relationship will require divorce paperwork, which can be a long and expensive process to complete. But married couples who are financially healthy and manage their money well tend to have better physical and psychological health, so make that budget and stick to it. Be sure and think seriously about your financial backgrounds and approaches to money to make sure you’re both on the same page as well.

3. Military life has its benefits.

Marriage in the military means managing through deployments and relocations together. It often means time apart from your spouse and lots of worry about how they’re doing too. Still, marriage in the military comes with many benefits for you and your partner. Military Service Members get a pay increase upon getting married, as well as eligibility and increases in Basic Allowance for Housing. Once you’re married, your spouse will have access to many more resources such as insurance, career support, tuition help, etc. Married dual-military couples can also set up their “join spouse” preference to get stationed together (or at least nearby). While the benefits can be tempting, it’s important to slow down and make sure your relationship is rock solid before making it legal.

The majority of Americans engage in premarital sex before age 20, but for those who wait until marriage, adding sex to a relationship can be a big change. Whatever the case, most couples find the frequency of sex is highest within the first few years after marriage, and sexual satisfaction gradually increases in that time period as well. It’s important to note that sexual satisfaction comes from a combination of physical and emotional fulfillment—and those who find their marriage satisfying tend to be more comfortable in their sex lives. Over time, they feel at ease trying new things and attempting new fantasies with their spouse, and partners learn each other’s preferences too.

However, through the years and over the course of long-term relationships and marriages, both frequency and quality of sex tend to decline. When children are introduced into the mix, couples tend to see a drop in sexual activity too. Normal aging causes changes to sexual desire and ability, which can explain less activity over time as well. In addition, men and women have different sexual needs as they age, so you might not always be on the same page. Remember to keep the intimacy alive by focusing on your relationship in and out of the bedroom.

Overall, married couples tend to report being happier than unmarried people. There’s also less incidence of depression and mental illness among the married population. This is in large part due to the emotional and social support that having a healthy relationship can bring. That support can also buffer against the negative effects of stress, reduce loneliness, and increase feelings of attachment and belonging—all of which boost satisfaction and joy and reduce feelings of emotional distress.

But on the flip side, divorce, widowhood (the sometimes unfortunate consequence of marriage), or simply unhappy marriages can actually increase negative feelings and depression. So, it’s important to focus on building healthy relationship habits and avoid developing damaging ones. Be sure and fix things before they affect your relationship, your health, and your happiness.

For richer or poorer: How your money habits can influence your relationshipFinancial issues are one of the leading topics couples argue about and a top source of…Article 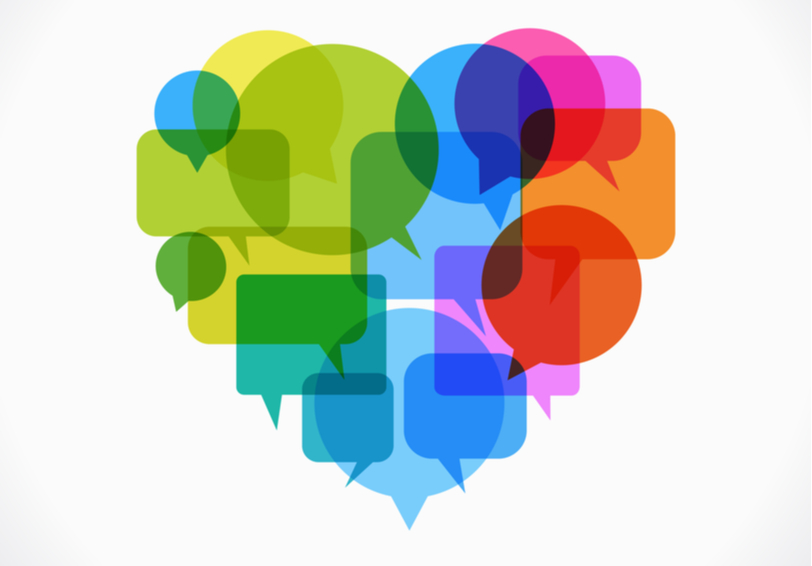 Which love language speaks to you? Infographic