When Military Service Members don’t eat or drink enough calories to meet their energy demands, performing optimally is unlikely. In particular, not getting enough carbohydrates (carbs) could cause a negative energy balance. Negative energy balance or “underfueling” occurs when Warfighters use more energy than they take in. Underfueling can result in poor performance, fatigue, “hitting the wall,” weight loss, a decrease in motor skills or concentration, and perhaps injury.

After eating or drinking carbs, the body breaks them down into glucose (sugar), which is released into the blood stream. Unused glucose is stored in the muscles and liver as glycogen. At rest, the brain and central nervous system use most of the body’s blood glucose, while muscles use less than 20%.

The approximate amount of stored carbs in the body are as follows:

The body’s carbohydrate stores are relatively limited to support sustained exercise. For example, liver glycogen stores, which kick in when blood glucose is low, can be depleted by a 15-hour fast, such as between dinner the night before to the first meal the next day. This highlights the need for getting enough carbs, especially during periods of prolonged, intense, or frequent exercise.

Fat stores play a role in fueling too, especially for low-intensity or long duration exercise. As exercise intensity increases, the body relies more on carbs and less on fat for energy. 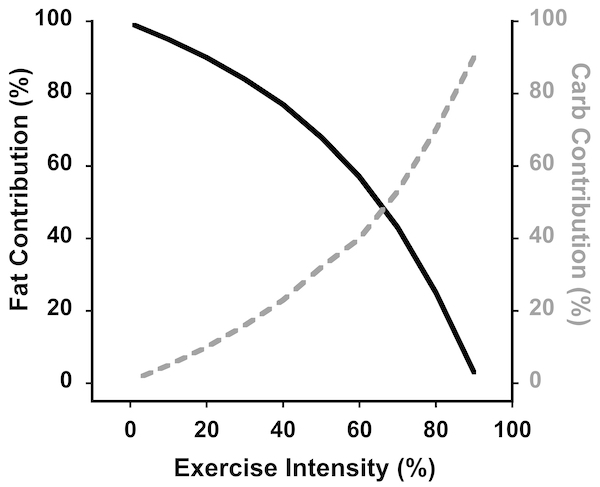 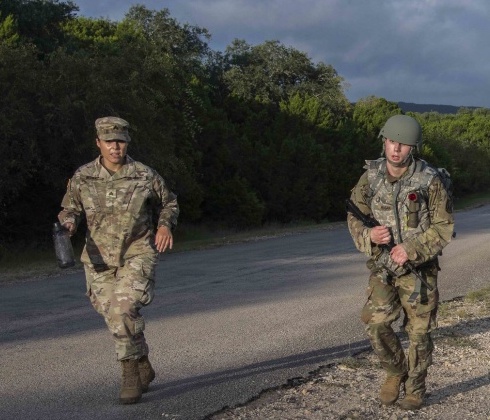 *Note: The ketogenic (“keto”) diet is intentionally low in carbs and pushes the body to burn fat for fuel. New research suggests the body is able to adapt and perform most types of exercise when in a state of nutritional ketosis. Ketosis, when ketone bodies are used for fuel, is not the same as underfueling or having insufficient carbs. For more information on whether the keto diet is appropriate for you, speak with a registered dietitian (RD) or physician. 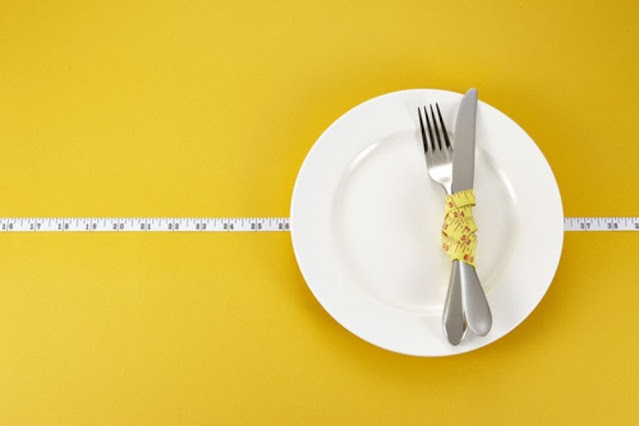 Disordered eating is a barrier to military performance Find Out More

The brain and working muscles compete for both circulating and stored glucose. Inadequate carbs can cause hypoglycemia (low blood sugar) when the muscles’ need for glucose is greater than what the liver can provide during exercise. Underfueling can occur from eating too few carbs or eating them at the wrong time. Too few carbs or skipping fueling opportunities before, during, or after exercise can impact performance. Also, failure to rebuild carb stores due to inadequate recovery fueling may prevent optimal performance.

Carbs as an essential part of an eating plan

Consuming enough carbs daily is essential to replenishing them in muscles and the liver for mission readiness. Providing the body enough carbs at the right time optimizes performance by having adequate “carbohydrate availability.” 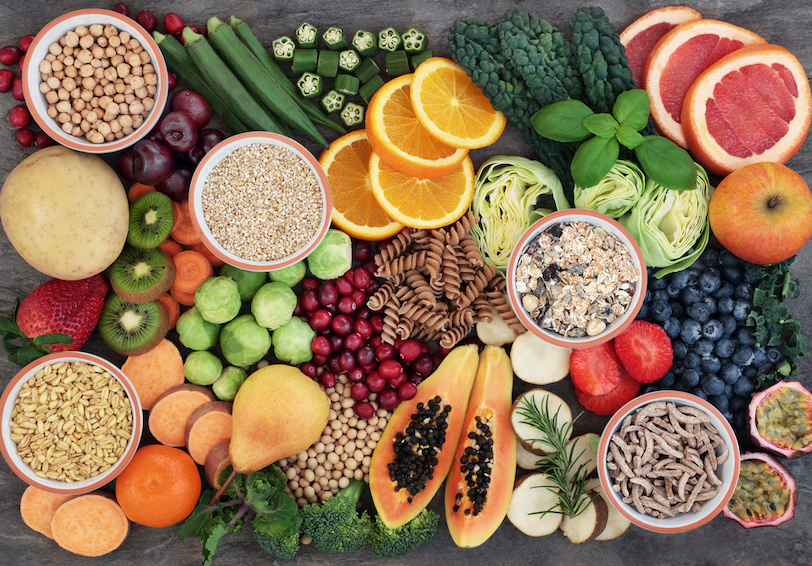 Carbohydrates are found in a variety of foods. Many are nutrient-dense, containing healthy fats, protein, fiber, vitamins, minerals, and antioxidants. Carb-rich foods include:

Guide Military Service Members to fill 3/4 of their plate with nutrient-rich carbs. The need to increase or decrease carb-dense foods like grains and starchy veggies, and supplement with “sports foods” and drinks depends on the amount, type, duration, and intensity of the training—and fitness goals. If Warfighters eat the same amount of carbs on a “light” day vs. a “hard” day of intense or prolonged training, they risk underfueling.

To prevent underfueling and increase the chance of peak performance, educate Warfighters to include enough carbs in their daily eating plan, especially around exercise. General carb needs for fueling and recovery (adjust for individual training schedule, weight and fitness goals, and performance goals) are as follows:

Meal planning can help ensure consistent and sufficient energy and carbohydrate intake. Carbs play a specific role in both fueling and recovery:

Military Service Members with very low calorie intake, excessive weight loss, or chronic underfueling might be at risk for nutrient deficiencies (such as iron), Relative Energy Deficiency in Sport (RED-S), or an eating disorder. Female Warfighters might also be at risk for Female Athlete Triad. Military Service Members with these concerns should get a full medical assessment.

For more information on fueling around exercise, read: 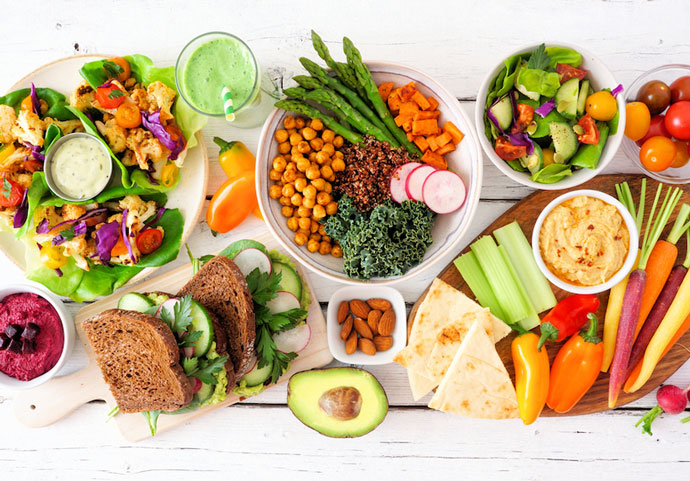 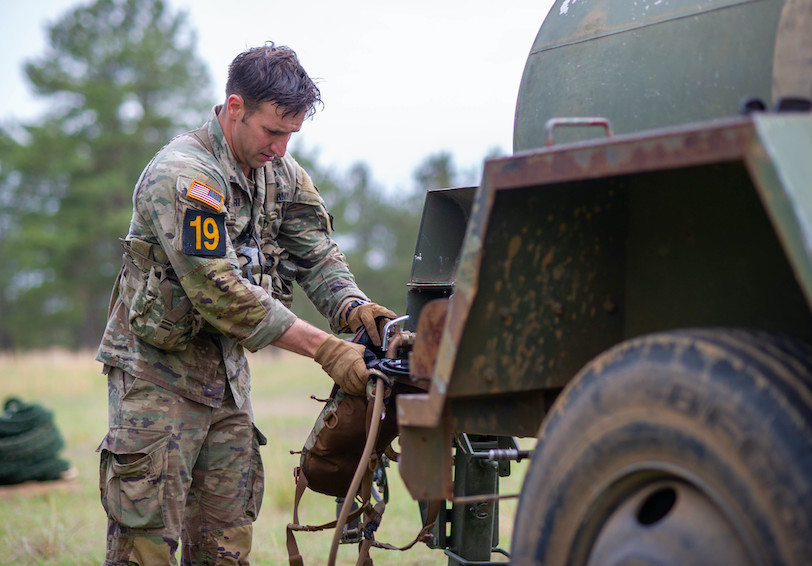 Use nutrition to reduce your risk of exertion-related eventsRefer to this handout from the Consortium for Health and Military Performance (CHAMP),…Document